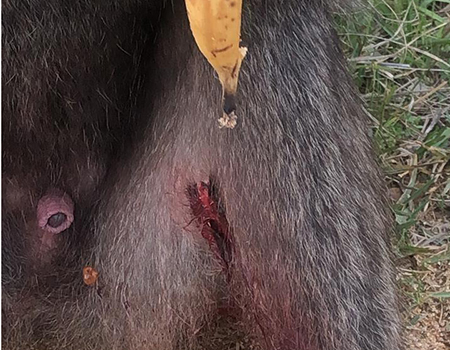 The Betty’s Bay female was monitored closely by the Rangers and she was moving and foraging with reasonable ease. A decision was taken to not bring in a Vet at this stage.

The adult male in Pringle Bay however seemed to be moving slowly and a Vet was called to assess the male.

The Vet assessed the movements and behaviour of the animal and it was found that the male was alert, moving well and foraging. There was no bleeding from the wound and the decision was taken to only monitor his condition for now.

Both animals will be located tomorrow at first light and their condition re-assessed. 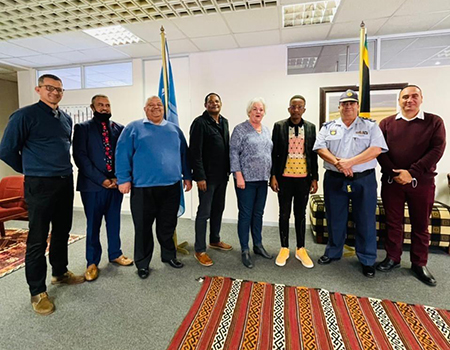 The Executive Mayor of Overstrand Municipality, Dr Annelie Rabie, is excited about the commitment of the SAPS to re-open a police mobile service point in Zwelihle.

It is believed that the mobile facility will be operational within the next three months.

A number of logistical arrangements need to be finalised, for example, ablution facilities, electricity and water supply. As soon as this is done, the location of the facility will be communicated.

Zwelihle has been battling with an increase in criminal activity, especially abuse of women and children, since the previous satellite police station in Zwelihle was partially burnt down in 2018.

It is known that Overstrand wishes to significantly improve its response to the crime and criminality, which incidentally represents one of the 3 C’s of the Council.

Approximately 2 500 water and electricity meters are read every day (38 105 per month) throughout the Overstrand.

Overstrand Municipality aims to read all water and electricity meters once a month to calculate your monthly water and sewerage use. However, some are not read every month for a variety of reasons, but usually because the meter readers are unable to access it.

Meter readings can also fluctuate depending on the weather, weekends and public holidays.

When estimates are used, the municipality is obliged to make corrections once meter readings can resume so that the consumer’s water bill reflects actual water consumption. These corrections can result in either a credit or debit adjustment.

Overstrand Executive Mayor, Dr Annelie Rabie, will be hosting a public meeting on Wednesday, 15 June 2022 at 14:00, to discuss the baboon management function.

This meeting will take place in the Kleinmond Town Hall at 14:00, before the Baboon Liaison Group (BLG) meeting.

Overstrand Thusong Service Centre is providing transport to residents to apply and/or collect their Identity Documents from the Department of Home Affairs offices in Caledon.