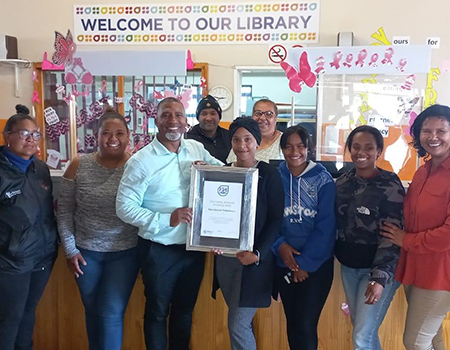 2022 was a great year for the libraries in Overstrand. They have done lots of great things with many remarkable achievements.

Milestones include Hermanus and Kleinmond Libraries reaching the highest number of e-books and digital audiobook check-outs in the Western Cape on the Overdrive Digital Platform.

The Hermanus library registered 4 576 checkouts, the Kleinmond Library 3 925 and the Gansbaai library 1 728.

The Libby App allows patrons to enjoy their books on several mobile devices or desktop computers free of charge.

The holiday season is fast approaching, and Overstrand Municipality appeals to event organisers and the business community to make sure they adhere to the correct procedure to advertise their events.

It is illegal to put up signage or posters without prior permission of the Municipality, this includes temporary signage such as posters and banners.

Event organisers and individuals should take note that there is an application process and fees are payable. The application to advertise events must be approved by the Office of the Area Manager before they can be erected. Temporary advertisements, with an approval sticker, may only be erected in the positions indicated by the Municipality and not on private property. 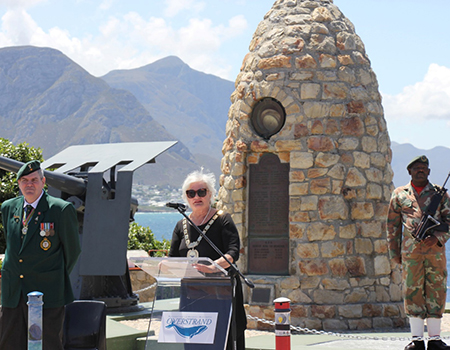 A service to mark Remembrance Day, also known as Poppy Day, was held on Sunday morning, 13 November 2022 in Hermanus, to pay tribute to the members of our armed forces who have died in the line of duty.

The sound of a lone bugler playing the Last Post, the South African flag slowly being lowered to half mast, the observation of two minutes’ silence at 11:00 and the solemn laying of numerous wreaths, deeply moved onlookers at the Cenotaph War Memorial at the old Harbour.

The Cenotaph War Memorial was built in 1929 to commemorate the 11 volunteers from Hermanus who never returned after the war.

Interesting to note that Hermanus had the highest level of volunteering per size of population in the British Empire during World War I.

WORKING TOGETHER TO GET PEOPLE BACK TO WORK

Overstrand Municipality will be hosting a job summit from 21 to 23 November 2022 in the Hermanus Auditorium.

This initiative by the municipality's Local Economic Development Department aims to facilitate the creation of an environment that is conducive to sustainable entrepreneurial growth and job creation.

Day 1 will include an exhibition by employment agencies and presentations focussed on job opportunities, job readiness and recruitment practices.

On day 2, there will be a keynote address highlighting the need for area-specific, issue-based partnerships to improve the plight of the jobless and to, simultaneously, facilitate entrepreneurial growth.

On Saturday, 19 November 2022 from 09:00 - 12:00, Overstrand Municipality’s finance department will be assisting residents in the Hangklip-Kleinmond area with municipal account queries, specifically related to water meter readings/consumption in the Proteadorp Community Hall.

This is a great opportunity to resolve account queries and to sort out any water meter reading issues.

Overstrand Municipality aims to read all water and electricity meters once a month to calculate your monthly water and sewerage use.