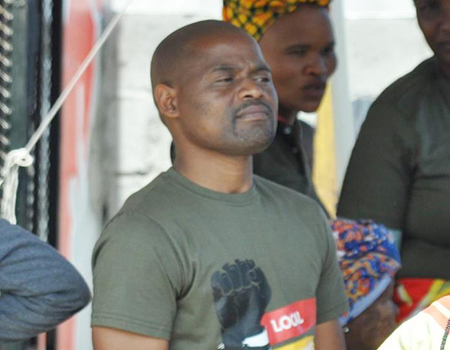 The Electoral Commission of South Africa (IEC) announced the results of the by-elections held across the country on 9 December 2020.

Michael Mhana of the Land Party is the new councillor for Ward 12 in the Overstrand Municipality (Zwelihle).

The party won the seat from the ANC which won it in the 2016 Municipal Elections. Voter turnout was 37.99%.

The Overstrand Municipal cashier hall and revenue offices at the Kleinmond Administration has closed for the remainder of today (11 December 2020) due to COVID-19 related measures.

No payments of municipal accounts and pre-paid electricity can be made.

Accounts can be paid via Pay@ and Easy Pay systems and online banking/EFT and at various third-party agents such as Pick 'n Pay, Checkers and Spar as well as garages (Engen) etc. 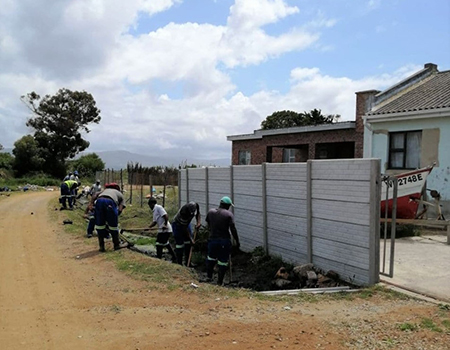 As a holiday destination, Overstrand has no equal when it comes to enjoying nature at its best with loads of outdoor activities to suit anyone's fancy.

As visitors have come to expect, we have yet again gone to a lot of trouble to ensure holidaymakers can look forward to a safe and clean environment when they visit our beaches and public amenities.

Overstrand Municipality’s operational teams have been intensifying efforts to clean up stormwater channels and to cut overgrown grass on road verges.

Illegal dumping remains one of the biggest challenges despite the collection of refuse at least once a week from households. Remember, refuse removal schedule days remain the same regardless of public holidays. If you are letting your property over the holiday season, please be sure to bring all arrangements regarding the treatment of household waste to your tenants’ attention.

Overstrand Municipality would like to advise its customers that there is a logistical delay in the posting of municipal accounts.

As a result, ratepayers may be receiving their December 2020 statements late and, in some cases, even after the usual due date.

Overstrand Municipality requests ratepayers who did not receive their accounts before the account due date (the 20th of each month), to pay their monthly average amount.

Alternatively request a duplicate invoice of the accounts by contacting your closest Municipal Office, or send an e-mail to This email address is being protected from spambots. You need JavaScript enabled to view it. 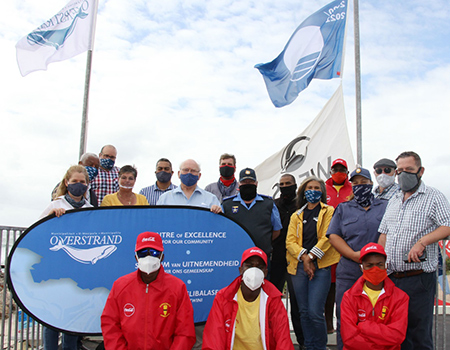 On Monday, 1 December 2020, the new season started after Grotto, Hawston, Kleinmond and Castle Beach were awarded the right to hoist the prestigious Blue Flag for the summer. Further recognition was given to Onrus Beach which received Pilot Blue Flag status for the second year.

The Blue Flag Season will run from 1 December 2020 to 17 January 2021 for Hawston, Kleinmond and Castle Beach and Grotto will have an extended season until 31 March 2021.

Lifeguards will be on duty daily from 09:00 until 18:00 for the duration of the Blue Flag season. Swim only where there are lifeguards on duty and where signs indicate that it's safe. Beach wheelchairs are available for use at Grotto and Kleinmond during the Blue Flag Season while lifeguards are on duty.

At the flag ceremony Overstrand Executive Mayor Dudley Coetzee thanked everyone for the different roles they played in ensuring the quality and cleanliness of these beaches have been consistently maintained.

Grotto beach celebrates a remarkable 20 consecutive years’ on the programme - one of only two beaches in South Africa - whilst Hawston and Kleinmond Beaches have both enjoyed Blue Flag status for 15 years. Castle Beach will now be flying its flag as a full status Blue Flag Beach for the second successive year.