Key findings released by Municipal IQ, a specialised local government data and intelligence organisation, reveal that eight out of 10 top-performing local municipalities are in the Western Cape, with Overstrand topping the list followed by Stellenbosch in second and Steve Tshwete (Mpumalanga) in third place.

Shortly after this announcement hit the headlines, Overstrand’s Municipal Manager, Mr Coenie Groenewald, revealed on Friday 5 December that Overstrand has yet again obtained a clean audit for the 2013/14 financial year.

Expressing his gratitude towards each and everyone who have made these achievements possible, Groenewald said: “This is no doubt a direct result of your huge effort as dedicated staff, taking pride in your work and working together as a team with the support of the Executive Mayor and Council as body corporate.”

He did, however, caution that these achievements do not mark the end of the road in the municipality’s endeavour to deliver on its constitutional mandate.
“There will always be room for improvement, and everyone must continue to explore new ways of delivering good governance and ensuring our ratepayers and residents receive good value for money,” he said.

This sentiment is reflected by Municipal IQ economist Karen Heese who remarked that a drop in expenditure during the 2013/14 financial year is indicative of recessionary impacts having an adverse effect on municipal revenues and, as a result, their ability to address the challenge of considerable backlogs being experienced in both urban and rural contexts.

Municipal IQ ranks South Africa’s 278 municipalities according to their relative performance on a number of monitors and indices. Accordingly, the Municipal Productivity Index (MPI) combines financial and non-financial data to assess the ability of individuals to engage with local economies, while the Compliance and Governance Index (CGI) focuses on how well municipalities are meeting basic planning, reporting, financial management and capacity requirements.

Encouragingly, CGI results show gradual governance and compliance improvements in most municipalities, the exception being areas that are the most developmentally disadvantaged, namely former homeland and rural areas.

It is hoped, though, that assessments such as these which highlight both successes and failures in the work of municipalities will contribute towards improved local government delivery countrywide. 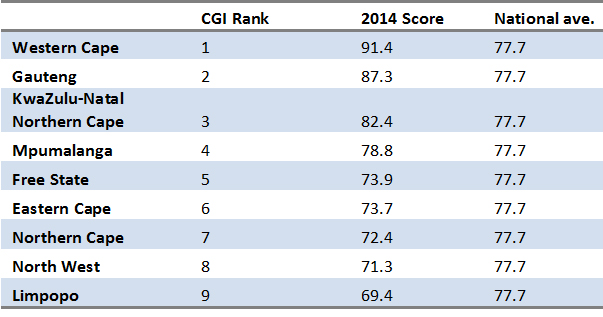 Metro results: Top metros continue to fall within a close range of each other on the MPI (see Table 3), but Cape Town retains its first place, while Tshwane rose to second place with robust spending contributing to its higher ranking in 2014. 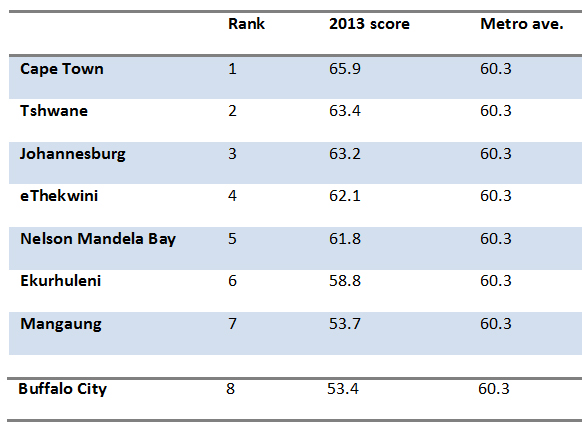 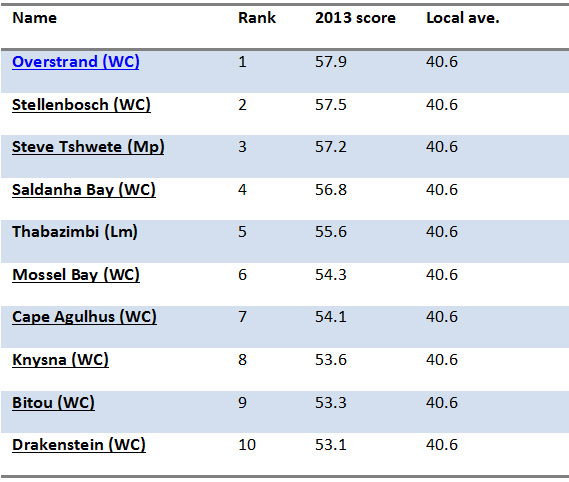 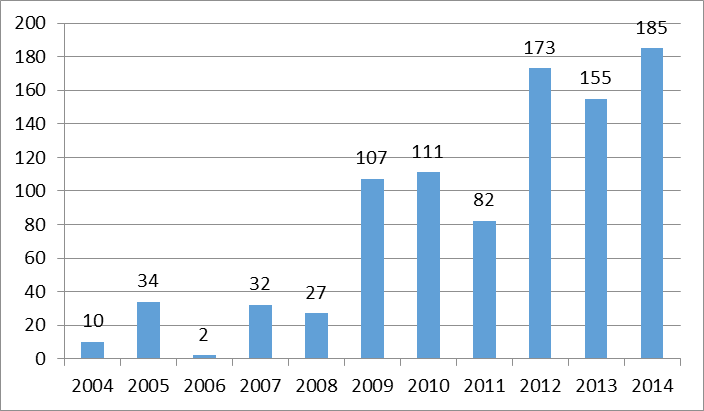 Major service delivery protests against local government (as of 30th November 2014) represent a new peak Municipal IQ’s Hotspots Monitor (see Figure 1). Gauteng (see Figure 2 below) is narrowly ahead of the Eastern Cape as the most protest-ridden province for the first eleven months of 2014, followed closely by KwaZulu-Natal. 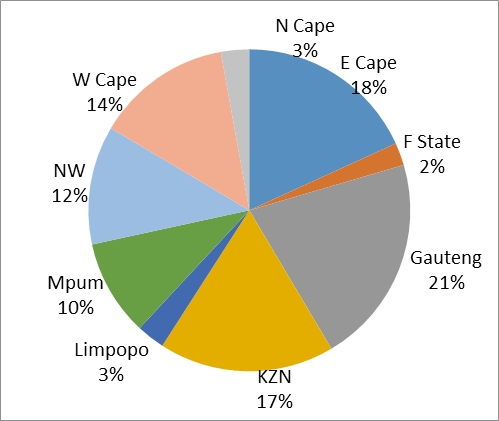 Methodology: Municipal IQ’s Hotspots Monitor databases major protests staged by community members (who can be identified as living in a particular ward) against a municipality, as recorded by the media (or other public domain sources such as SAPS releases). Such protestors raise issues that are the responsibility or perceived responsibility of local government (such as councillor accountability, the quality and pace of basic service delivery, and in metro areas, housing). These protests may be violent or peaceful, but there is a clear dissatisfaction with the management of a municipality. Not included are issues falling outside of local government’s service delivery mandate such as demarcation, industrial relation disputes or clear party political issues (including candidate lists). Where protests are sustained over several days or weeks, these are recorded as a single entry, with qualitative details updated on the database.