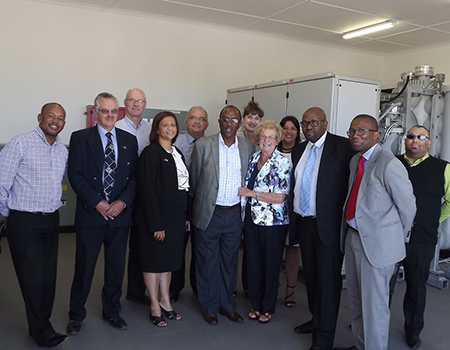 Following on the 2013/14 fiscal audit, Overstrand was yet again declared fit and sound: A state of affairs Mayor Nicolette Botha-Guthrie ascribes to a commitment to save costs and to cooperate in the interest of all, political differences despite.

This sentiment is supported by Municipal Manager, Coenie Groenewald, who believes that it is Council’s commitment to upholding the interests of the people of Overstrand – interests which encapsulate aspects such as a sustainable infrastructure, a working economy, a well cared for environment and the health and wellbeing of all who call Overstrand home – that makes it possible for municipal officers to deliver services of the highest standard.

To conclude Makwetu’s meeting with high-ranking municipal officials on the day in question, he and his team were treated to a whistle-stop tour of some of the key service-delivery projects in the area where they witnessed firsthand how cooperative governance in the Overstrand is underpinned by a commitment to values such as excellence, accountability, resilience and participation.

In parting, Botha-Guthrie reassured the Makwetu delegation that Overstrand will continue striving to be a centre of excellence for all it serves – and that commitment includes an undertaking to attain a clean audit year after year.