The look of appreciation and wonder on the faces of the little ones was reward enough for Beyers-Cronjé who stated, “My main aim was to ensure that these children could at least have their own basic stationery and not have to borrow from their classmates.  This makes for a more equal playing field, is less distracting for the teachers and affords the kids a better start to their school life.”

On addressing the grade one’s, Executive Mayor Nicolette Botha-Guthrie encouraged them to look after their backpacks and stationery saying, “You’ve been given such a wonderful gift and I know you will treasure it. Listen to your teachers and learn well.  At the end of the year I want to come back, hear about the good marks you got and that you’ve passed on to grade two.”

Principal Mattie Hull extended his gratitude to the Mayor and her party and said that initiatives such as the Ward 4 Backpack Project not only assist in equipping learners with the necessary tools, but also allows them a sense of pride and dignity. 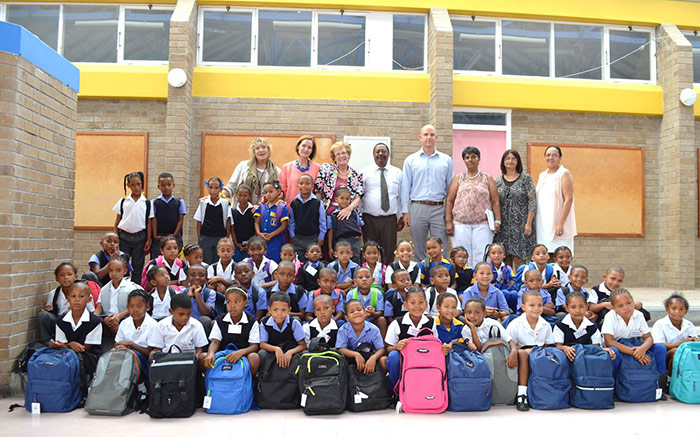