“At the start of my tenure I made a pledge and it is one that I live by. Give everything you do, everything you’ve got, every minute, of every day. To that I can say, ‘Mission accomplished’.”  These were the words uttered by Overstrand Executive Mayor Nicolette Botha-Guthrie at the Councillors End-of-Term Farewell Dinner held in the Banqueting Hall of the Overstrand Municipality on Wednesday evening, 27 July 2016.

If the tributes paid to the Mayor by the Speaker, Anton Coetsee, as well as Cllrs Lisel Krige and Michelle Sapepa were anything to go by, then it is clear that there was nothing but high praise for her exemplary work ethic and tremendous passion she applied during her time in office.

What was even more evident was the warmth and love that surrounded the Mayor as many took the opportunity to reminisce and swop anecdotes of shared experiences over the years. Not one to hog the limelight, and true to form, Botha-Guthrie deflected attention from herself to pay homage to her councillors and management team by issuing long-service awards, certificates of appreciation and carefully chosen farewell gifts. 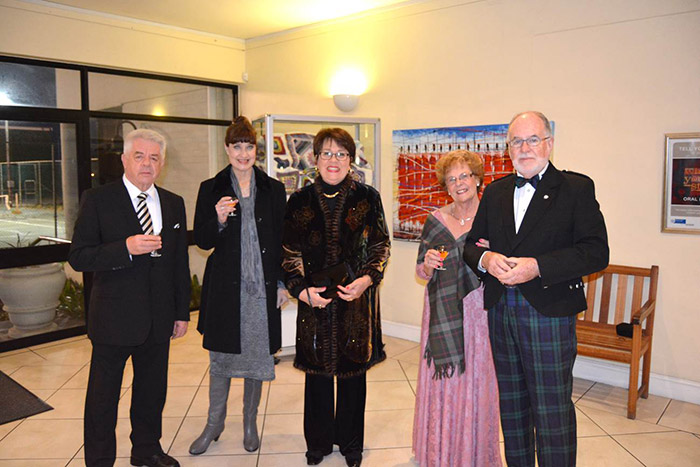 A stirring rendition of “Somewhere over the rainbow” by Overstrand’s Dané Laing drew the event to a close, with the following verse being the parting message to a very dear lady who has served her community well and will hold their hearts for all time:

The colours of the rainbow so pretty in the sky,
Are also on the faces of people passing by,
I see friends shaking hands,
Saying, "How do you do?"
They're really saying, I...I love you!