Despite recent heavy rains, bulk earthworks for the development of the 30 000m² Whale Coast Mall in Sandbaai have been progressing reasonably well.

The developer of the shopping centre, who is also responsible for the upgrading of the local road network in the vicinity of the Mall, says the road works will be completed in a number of phases over the next 15 months.

The developer appointed the contractor for the road works on Friday, 29 July 2016. Construction of phase 1A is due to start on Wednesday, 10 August 2016, or shortly thereafter, depending on the results of detail site investigations to be done during the next few days. The start of this phase was slightly delayed to accommodate the Kalfiefees. This phase is due for completion by November 2016.

During this phase, Sandbaai Main Road will be closed from just south of the Engen filling station exit to Bergsig Street. No traffic or pedestrian movements will be possible on this section of Sandbaai Main Road for the duration of the road works. 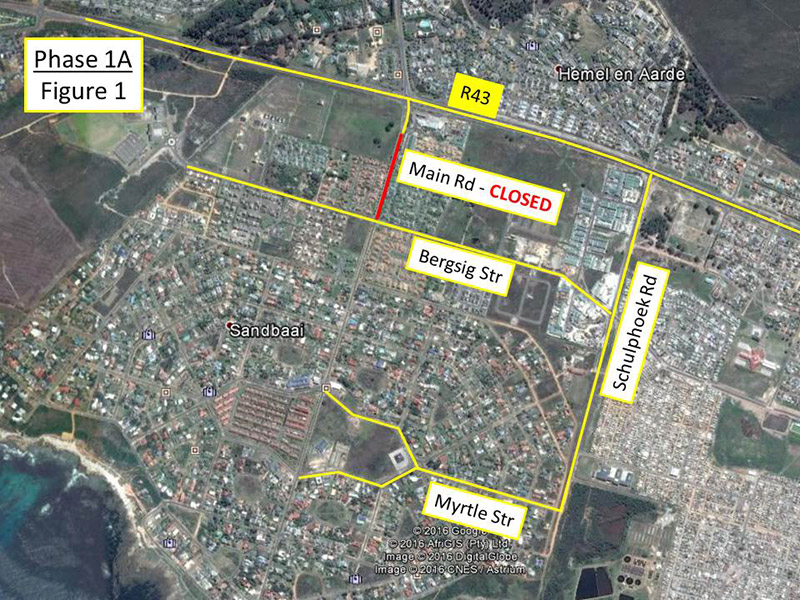 Motorist wishing to enter or exit Sandbaai (including Curro School) will be able to do so via Bergsig Street and Myrtle Street from/onto Schulphoek Road.

This area will be accessible as follows: 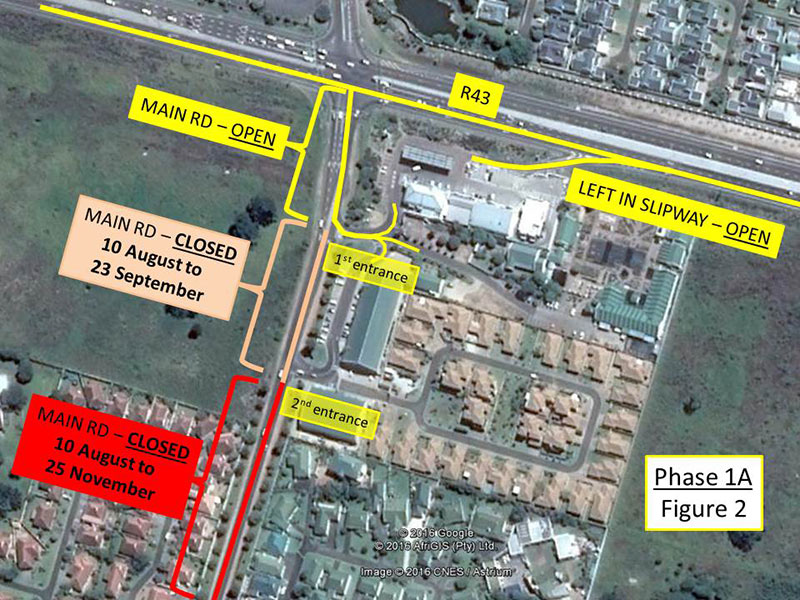