Mayor Rudolph Smith, who was accompanied by members of the Cliff Path Management and other municipal councillors, planted ten Milkwood trees (Sideroxylon inerme), in Piet-se-bos, as part of Arbour Week celebrations earlier today.

Frank Woodwine harvested the seed of the Milkwood trees, propagated and nurtured them in his back yard for three years before donating them to the Cliff Path Management Group to plant back into Piet-se-bos.  He chose an area that is infested with kikuyu grass (Pennisetum clandestinum) so that once the trees reach maturity, they create enough shade to restrict the growth of the kikuyu which is a pest along the cliff path.

Overstrand Mayor, Ald Rudolph Smith encourages the planting of trees in communities and spoke on the significance of Arbour Week as an ideal opportunity for all residents to recommit themselves to caring for the environment, particularly the conservation and better understanding of trees. 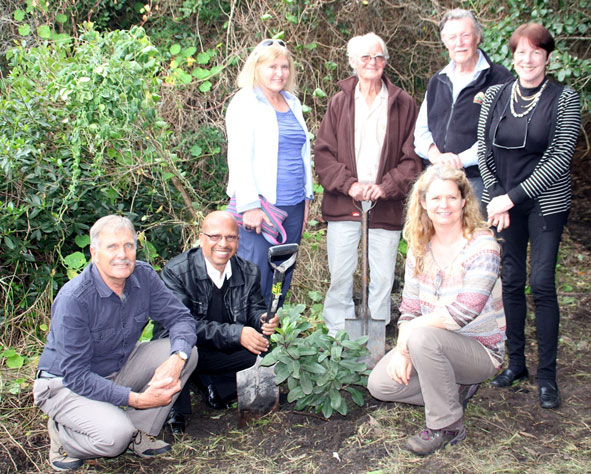