The teams were divided into two groups (Pool A and B) with 6 squads per group, playing according to a round robin format. The teams that accumulated the most points qualified for the knockout show down. 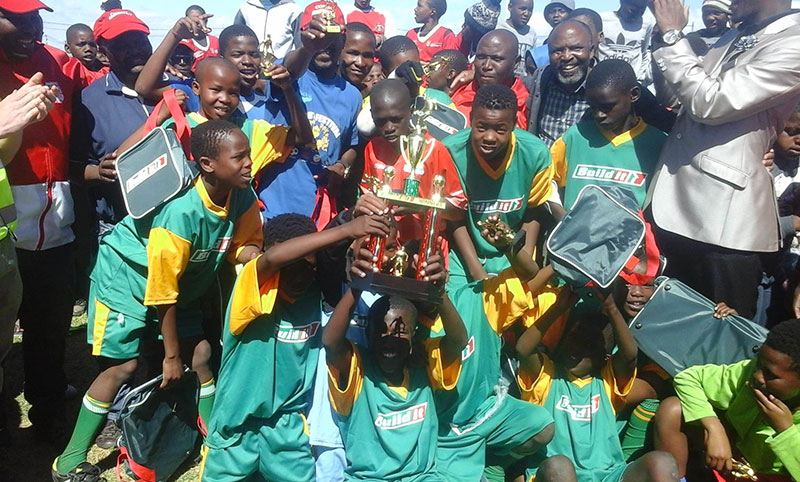 Zwelihle Primary beat the Football Foundation by 1-0 to advance to the finals, while Lukhanyo Primary School (also from Zwelihle) defeated Kleinmond by 2-0 in their closely contested encounter to secure their spot as the opposing team in the final game.

After the singing of the National Anthem, the battle lines were drawn with fans on both sides chanting support for their respective teams. Despite the upbeat tempo, the match ended with a goalless draw and not even extra time managed to yield a result from either of the two sides.

A penalty kick-off followed where both teams missed one of the five penalty kicks. The subsequent sudden death penalty round saw Lukhanyo Primary net the ball twice, while Zwelihle had their last penalty attempt saved by the brilliant Lukhanyo goalkeeper who showed some good reflexes.  The final score was 6-5 in favour of Lukhanyo Primary School.  Player of the Tournament came from the winning team, Lwazi Mavata and the goal keeper of the Tournament was Azukwa Qina from Gansbaai Primary.

Moreover, main sponsor Build-it handed out stock items as prizes to ensure the spectators did not go away empty handed.

In parting, Overberg District Deputy Mayor Cllr Klaas thanked the participants, parents and the organising committee (Anthony, Pauleta, Brine, Jomo and Ayanda) and wished everyone a safe journey back home.