At the meeting held on Friday, 2 December, Overstrand council approved the area name and street names for the first phase of the Zwelihle upgrading of Informal Settlement Project (UISP) on a portion of Erf 316 and Unregistered Erven 197 to 207, Garden Site, Zwelihle in consultation with the benefiting community.

The Garden Site Housing Development is now called Mshenxiswa Village, after the late Chief Whip of the ANC branch in Hermanus, Councillor Mzameni Mshenxiswa. Councillor Mshenxiswa served Zwelihle Ward 5 as Ward Councillor since May 2011 until the day of his passing in 2014.

The main road for this area will be known as Zola Street and residents have decided to name the other roads after flowers. 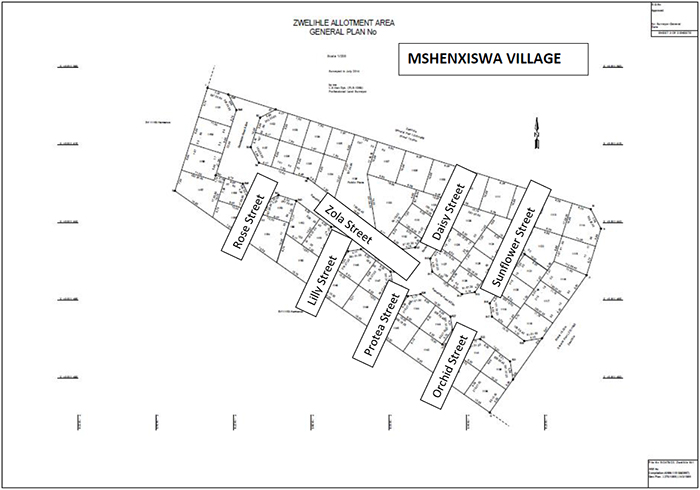