On Thursday, 14 February, Overstrand Municipality’s Environmental Section, representatives of the Camphill School and Farm Community, CapeNature, Working on Wetlands and Enviro Wildlife, as well as other role players at National and Provincial level, met with renowned wetland expert, Dr Piet-Louis Grundling,  to discuss how to put an end to the underground fire in the Onrus River Peat Wetlands area.

This subsurface fire has been smouldering for more than a month in sections of the Onrus River Peat Wetlands area, which is situated on the Camphill School and Farm Community property.

The fire is creating a substantial amount of smoke that is significantly affecting air quality in the area and has a detrimental effect on the health of individuals within the community and the school, necessitating the temporary relocation of the learners to alternative accommodation.

In addition, this wetland is characterised as the only remaining piece of Palmiet vegetation wetland, which plays a critical role in the functioning of the Onrus River and the Onrus Estuary and is of considerable ecological importance.

An emergency Section 30 application was approved by the Western Cape Department of Environmental Affairs and Development Planning to proceed with implementation of emergency work to isolate the subsurface fire in order to prevent its spread and ensure its termination to preserve the remaining peat wetland and eliminate the source of risk to human health, safety and property.

After thorough inspection and several tests (peat core drilling), they found two existing channels that were built, most probably in the early 1950/60s (before the De Bos dam was built in 1976). These channels can be used in the same way that the proposed channel would have worked and is therefore not necessary to dig additional trenches.

In fact, the existing channels are the reason why the fire has not spread much further into the remaining palmiet wetland.

Sadly nothing can be done about the smoke until the smouldering fire is stopped.

This will not only improve the quality and quantity of the water of the Onrus River, but will have a significant improvement on the ecosystem service and therefore the overall health of the system.

It will take years to complete the rehabilitation and restoration of this system and without the assistance of government organizations, landowners and other role players like Enviro Wildlife, we will not succeed in the long term. 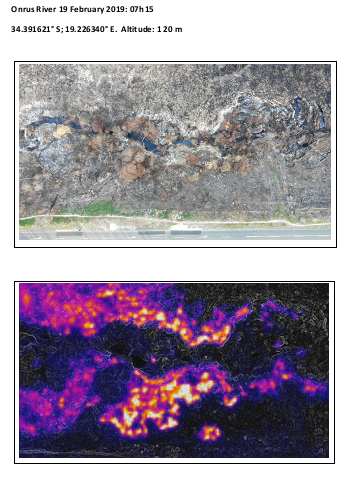 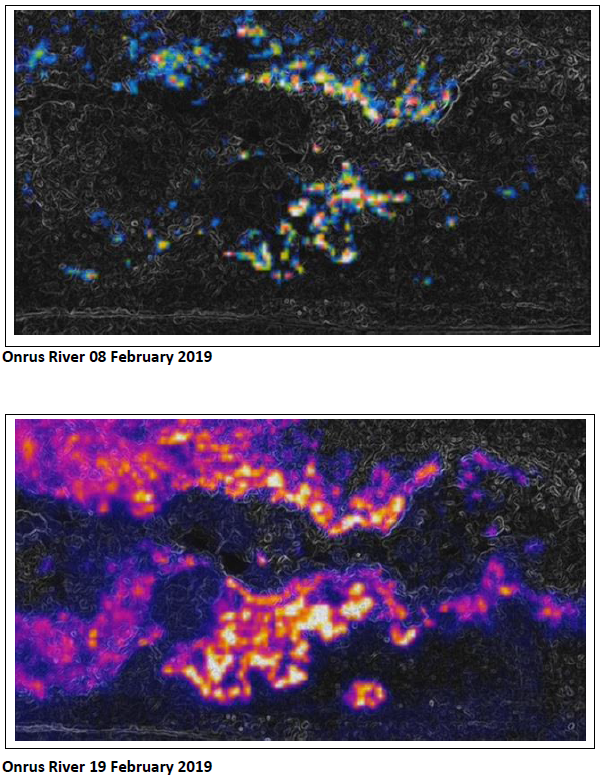