A huge feather in the cap for Overstrand Municipality's Fire Department as it takes second place in the 2019 International Firefighters’ Day Competition in Stellenbosch on Saturday, 4 May.

The day was filled with squad drills, various displays of vehicles and tools as well as demonstrations of firefighting and rescuing techniques.

The Overstrand Firefighting team is well known for their outstanding performances in the team challenge competition.

The team challenge involves four firefighters to compete in a pre-set stage as a team, which entails

Team members Justin Brussel, Cecil Abrahamse, Shaun Mackey and Earl Galant as well as team leader Ebriam Isaacs, represented the Overstrand at the event, with the support of Fire Chief Lester Smith and Angelo Aplon and other colleagues from the Fire Department. 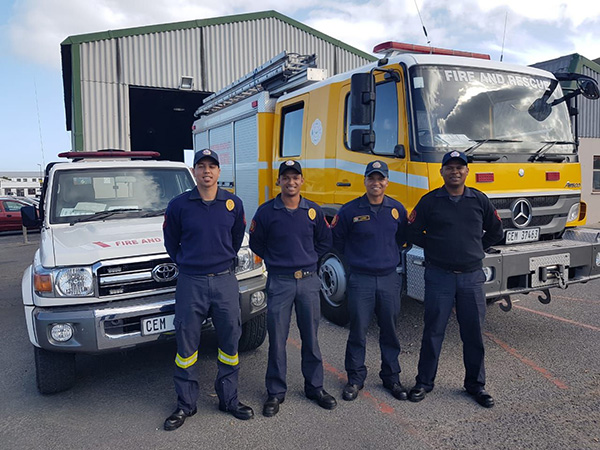 We would like to congratulate all our brave Firefighters for their excellence and perseverance.

* International Firefighters Day is internationally celebrated on 4 May to honour the countless brave firefighting men and women who have been committing their lives and will continue to commit their lives to protect humans, infrastructure, pets and wildlife etc. It is also a day in which current and past firefighters can be thanked for their contributions.