The heavy clouds and cold, wet wintery weather did little to dampen the spirits of the Cliff Path Management Group at the launch of the latest edition of the Hermanus Cliff Path brochure that took place at the Windsor Hotel on Monday, 8 July 2019.

The brochure is dedicated to the memory of David Beattie who literally and figuratively put the Hermanus cliff path on the map.

The ± 12km cliff path is one of the most unique attractions of Hermanus and stretches from the New Harbour along the coastline to Grotto beach. The updated edition of the cliff path also explains the origins of the names of various points on the map, such as Tamatiebank, Kammabaai and Sieverspunt to name but a few.

Wheelchair friendly sections have been created wherever possible for the benefit of the disabled, elderly and infants in strollers and prams.

Speaking at the event, Overstrand Executive Mayor Dudley Coetzee, pointed out that David was a man who truly dedicated his life, not only to conservation, but also to unlocking the treasures so richly bestowed upon Overstrand.

“I am sure David would have been proud of this moment,” he said.

It was a moving gesture when the Mayor handed over the very first edition of the new cliff path brochure to the late David’s wife, Jane.

In his address, Mayor Dudley Coetzee added “all too often, I am humbled by our residents' willingness to sacrifice their time and energy without reward - David was such a person. They work to ensure that the legacy is preserved for many generations to come - and to ensure that it remains accessible to whoever wants to indulge in the bountiful pleasures the Overstrand - and Hermanus' Cliff Paths in particular - have to offer. As a local authority, Overstrand will continue its efforts to protect the unique biodiversity that sets this stretch of the coastline apart.

“Moreover, we have an obligation to unlock as many opportunities for empowerment and economic growth as we possibly can for all who call Overstrand their home.
He added: “This is no easy feat, but I am grateful that with the aid of caring non-profit organisations like the Cliff Paths Management Group – who took it upon themselves to manage and market the cliff paths – many tourists from all over the world have had the opportunity to safely wander along these paths and, perhaps:

I am convinced that the Cliff Paths - so uniquely set against a backdrop of rugged mountains and a panoramic view of Walker Bay - will remain a major draw-card for tourists from all over the world for many years to come,” the Mayor stated.

He congratulated the Cliff Path Management Group who took the initiative to launch this updated, attractive brochure to inform visitors of the attractions they can discover along the way.

This brochure will remind locals that the privilege of experiencing a walk somewhere between the rugged Kleinriviersberg Mountains and Walker Bay’s pristine coastline is theirs to savour every day.

He concluded by saying “on behalf of Overstrand Municipality, I wish to thank the Cliff Path Management Group for their relentless efforts to preserve and market this unique attraction.”

For more information please email This email address is being protected from spambots. You need JavaScript enabled to view it. 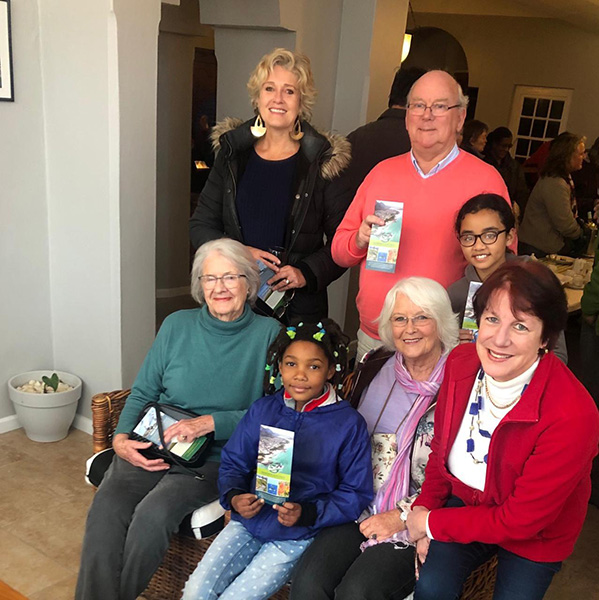