On Tuesday, 9 July 2019, the new Provincial Minister of Human Settlements Tertius Simmers, accompanied by the Overstrand Executive Mayor, Dudley Coetzee, and Overstrand Constituency Head and Speaker of Parliament, Masizole Mnqasela, as well as councillors and municipal officials, conducted a site inspection to monitor progress on the Hawston Housing Development Project.

The Hawston Integrated Residential Development Project (IRDP), situated on a portion of land adjacent to the R43 in Hawston forms an extension of an existing residential area, and is approximately 13 hectares in extent.

According to Dennis Hendriks, Senior Manager: Engineering Services, the project came to a standstill in 2018 as a result of the main contractor being liquidated and protest action in the Overstrand area - “Only after civil services were completed in February 2019, the building of top structures could start,” he added.

Another urgent aspect that needs to be addressed by the Provincial Department of Human Settlements, is to make the total funding available for the construction of the traffic lights at the intersection of George Viljoen Street and the R43, which is a provincial road.

The application was submitted to the Provincial Department and approval was granted, but due to the lack of funding the construction of the traffic lights might not go ahead.

Hendriks said “This intervention must take place to ensure that the beneficiaries along with the families have safe access from and to their properties and other communal facilities such as creches, schools, churches and shops, which is on the other side of the busy R43. 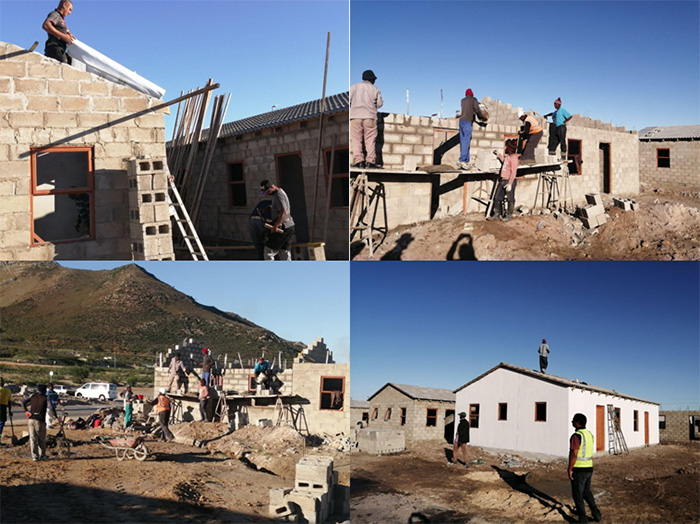