Municipality to invest R2.48 million in construction of a dedicated vehicle hanger

Ten years since the inception of professional fire services in Overstrand, the Fire Brigade is to get a brand new fire station, complete with its own vehicle hanger.

Up to now, fire engines were housed on the adjacent premises of the Traffic Department, which meant crews had to run to the bay next door, increasing on their response time.

As a first step to refurbish the existing fire station, construction of a dedicated vehicle hanger commenced on 29 October 2019 and, if everything goes according to plan, this hanger will be ready for occupation by June 2020.

Further upgrades to the existing fire department building, adjacent to the hanger in Mussel Street, will be completed in phases.

The fire station will be open 24-7 and will be able to run independently with back-up generators in case of an emergency.

In the long run, it is envisaged that the station will also accommodate a state-of-the-art Incident Command Centre from where responses to major incidents or disasters can be co-ordinated.

The windy conditions that prevailed at the time of the sod-turning ceremony was a fitting reminder of the many hazardous elements Overstrand fire fighters have to contend with on any given day.

In his address delivered on the day, Fire Chief Lester Smith thanked Mayor Dudley Coetzee, Municipal Manager Coenie Groenewald and Director Neville Michaels for their guidance and support, adding that “the new fire station is bound to become a beacon of hope since it will bring emergency, fire and rescue services closer to our communities”.

This sentiment was reiterated by Mayor Dudley Coetzee who remarked that time is critical in rescue situations given that fires can get out of hand rather rapidly, as we sadly witnessed at the beginning of the year.

“To this end, the new station will greatly assist in cutting response times – which means that our fire fighters will be able to get to the scene quicker to save lives and to protect properties," he concluded. 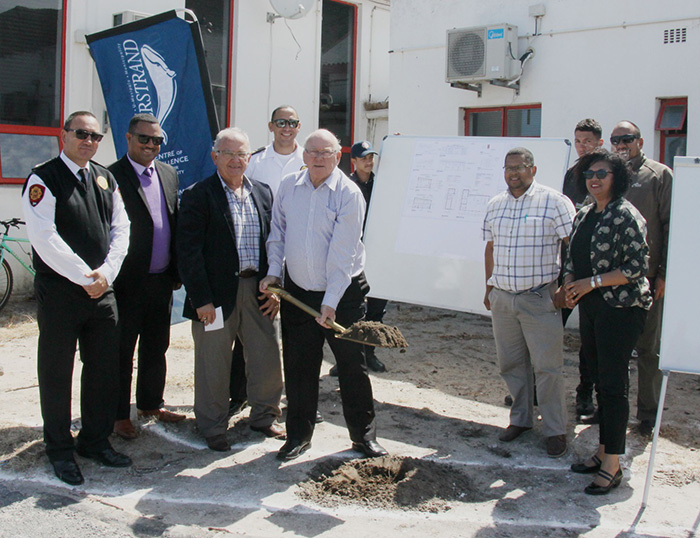