Overstrand Executive Mayor Dudley Coetzee warmly welcomed the young men and women from the Saldanha Military Academy early this morning at the New Harbour in Hermanus.

The 200 Trans Enduro participants travel annually from Port Elizabeth to Saldanha over a period of 11 days, staying overnight in pre-determined towns along the way to raise funds for charity.

They also do upliftment projects at crèches, schools and homes for the elderly in the towns they visit, while another team goes into the various communities to raise funds and create awareness about the Military Academy.

In his speech the Mayor wished the students all the best for the gruelling challenge that lies ahead.

“More importantly, though, given that some of Overstrand’s youthful community members often find themselves rather “rudderless” when it comes to navigating life, the example you as competitors set in terms of serving and protecting not only your country but the community at large is much appreciated.

“My wish is that you will continue to impart the principles of good citizenship on the demanding stretch that lies ahead despite the hardships and, perhaps, difficult and unpleasant circumstances you might encounter along the way,” he said.

• The Saldanha Military Academy houses the Faculty of Military Science of Stellenbosch University - This is where junior officers of the South African National Defence Force receive their professional military education before continuing with their military careers. 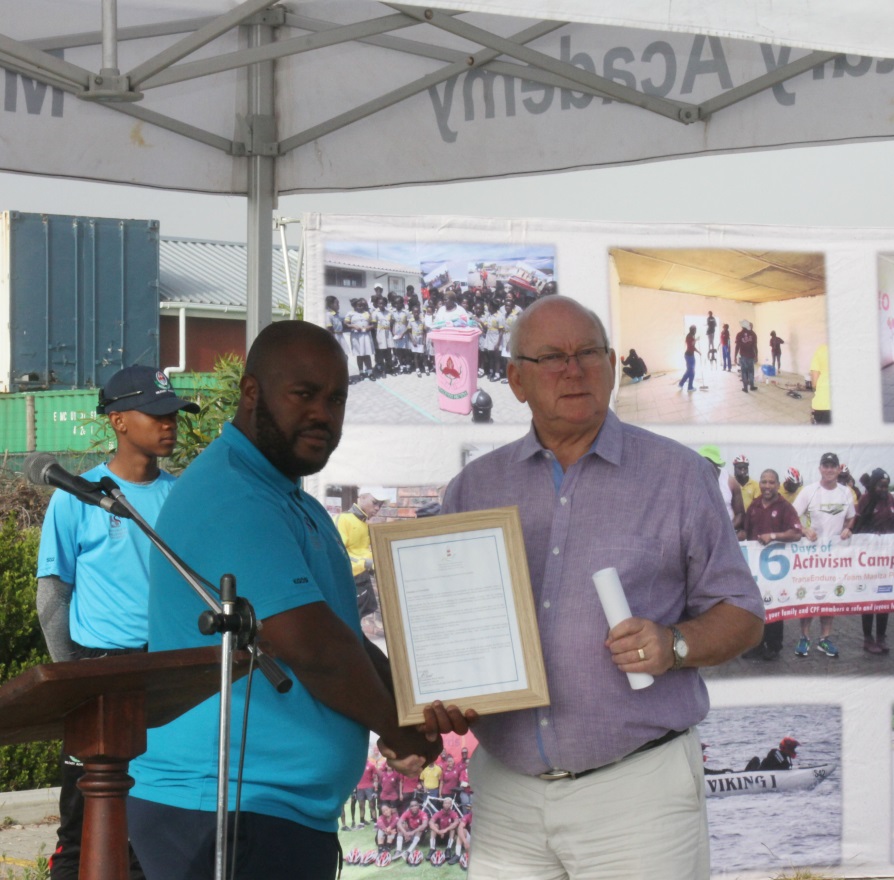 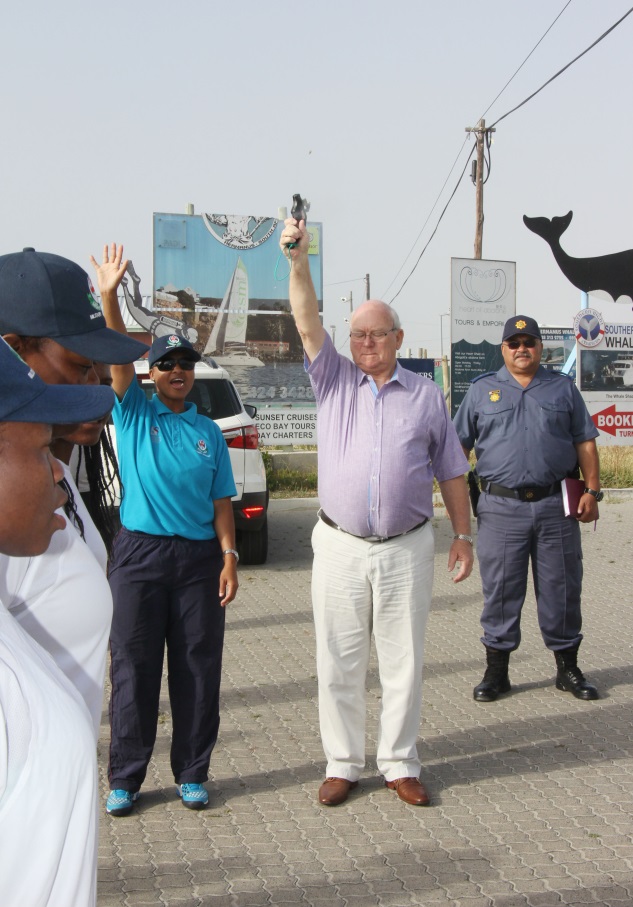 Mayor Coetzee set the participants off on the last leg of their journey to Cape Town and wished them well. He is flanked by Trans Enduro Exercise leader Major Beverly Geldenhuys and Capt Williams of Hermanus Police.