The first leg of the orientation tour for the Overstrand junior town council started in the Kleinmond area on 8 April 2014 and the second leg to Stanford and Gansbaai on 13 May 2014 was another great success.

The tour was an initiative of the Overstrand Municipality to expose the region’s young leaders to various municipal services, which will contribute to their development and ensure an investment in their future.

Addressing the learners, the Mayor said, “You are honoured to be the first group with whom I share my surprise project.  I am thrilled to share this with you now, the community of Overstrand at large will only learn about it at a later stage. 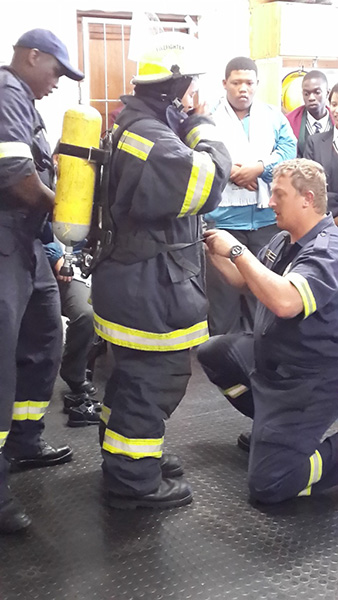 I am very excited about this mural and cannot wait for the end result.  I hope the community will be as thrilled as I am. In short, I have invited you here today to be part of this magnificent project and lay a few tiles of the mosaic with me,” the Mayor said.

After a briefing session, the group boarded the bus for the day’s orientation tour, accompanied by their mentors and Overstrand municipal officials. The first visit was to Stanford, where Area Manager Petronella Ferreira welcomed everyone and told them about Stanford’s history and some municipal developments in the area. She then handed over to the Area Manager of the Gansbaai Administration, Francois Myburgh, who accompanied the group to Gansbaai.

Firefighters awaited them at the fire station and they listened to a presentation by Brian Lobb, after which a group demonstrated the challenges they face as firefighters. The junior councillors were informed that, in order to succeed in this field, firefighters have to be physical and mentally fit, display enthusiasm and be willing and able to rescue lives and assist the community at all times.

The next visit was to the Gansbaai waste landfill site, where the group was welcomed by Johan Taak.  He explained all the important aspects about recycling and the type of waste that is recyclable at this specific site, including plastic and paper. Toxic waste such as asbestos and medical equipment has to be transported to Vissershok near Cape Town as it may not be dumped in the landfill. He placed emphasis on the importance of people looking after the environment to minimise waste, as the area faces the challenge of not having a site that is large enough to cater for all towns. The Gansbaai landfill currently serves the towns of Hermanus, Stanford and Gansbaai. 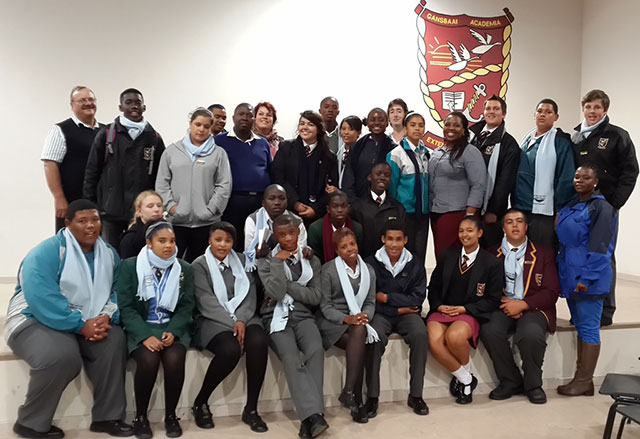 Thereafter, the group embarked on their last stop for the day, namely the sport field at Gansbaai. Manager Carol Devitt gave a brief description regarding the activities that take place at the field. The youth of Gansbaai utilise the facility with much enthusiasm and she encouraged the JTC to also make use of it, as the field is open to everyone.

Before heading home after an enjoyable and informative day, everyone was invited by learners from the Gansbaai Academia to inspect their school and the facilities offered there.