Fire fighters respond to call to rescue a dog

Lesley Beake reported that her dog, Milly, had fallen into a sinkhole which had suddenly appeared under a Plane tree on their property. “We have subsequently found that there had been a duck-pond that was filled in many years before we bought the property. Milly’s legs were entangled in the tree roots and she was stuck,” she explained.

It took fire fighters Craig Niemand and Jamé Moos and other friends and helpers about one-and-a-half hours to free the very elderly dog.

Milly was retrieved unharmed and able to walk into the house for a drink of water and a snack.

To express her thanks, Lesley handed over tools needed to complete the job to Graig and his team. “I am extremely grateful for this wonderful service and Milly sends her regards”. 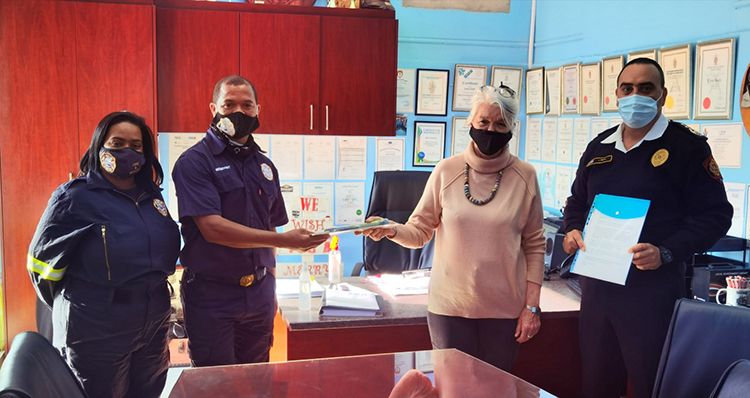