A joint operation on 30 September 2021 between the Overstrand Municipality's K9 and Task Team and SAPS, has led to the arrest of 12 wanted persons. They were arrested in the Gansbaai area for various offences and/or crimes.

In Vermont, a motorcyclist was arrested for being in possession of cocaine. The unroadworthy motorbike was impounded.

A 41-year-old man was arrested for being in possession of fake R200 bank notes.

He was arrested after his reckless driving attracted the attention of police and law enforcement officers at a roadblock in Kleinmond. They also found 264 small zip lock bags and one large bag of dagga in his possession. All goods and the vehicle were handed in a the Kleinmond Police Station.

In an unrelated intelligence driven operation by Overstrand Law Enforcement, 996 units of abalone were found in bushes near Danger Point, just outside Gansbaai. The estimated street value of the abalone is around 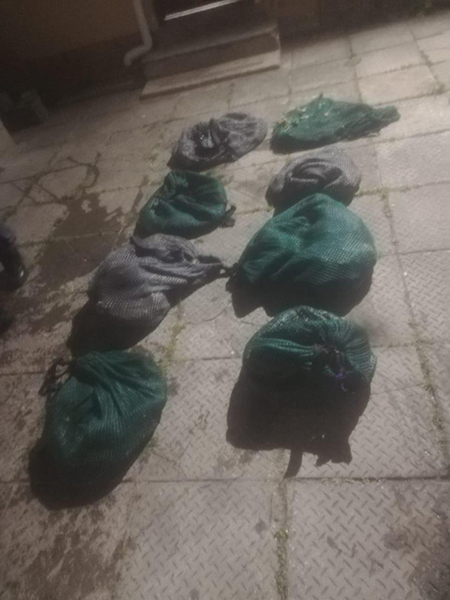