The Betty’s Bay female was monitored closely by the Rangers and she was moving and foraging with reasonable ease. A decision was taken to not bring in a Vet at this stage.

The adult male in Pringle Bay however seemed to be moving slowly and a Vet was called to assess the male.

The Vet assessed the movements and behaviour of the animal and it was found that the male was alert, moving well and foraging. There was no bleeding from the wound and the decision was taken to only monitor his condition for now.

Both animals will be located tomorrow at first light and their condition re-assessed.

Overstrand Municipality would like to thank the community members who alerted the Baboon Hotline and the Municipality’s Environmental Department, as well as those who assisted with information and monitoring of the animals’ condition infield. 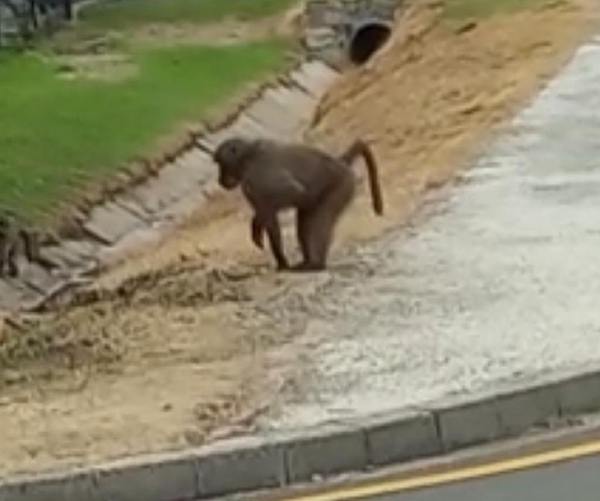