It was a busy two days for Overstrand Municipality’s law enforcement team and partners, but a successful one.

Various crime prevention road patrols and joint operation with SAPS, Department of Forestry, Fisheries and the Environment (DFFE) and CapeNature were conducted throughout the whole of Overstrand.

Successes of Operation Lungisa included the arrest of 24 wanted suspects for various offences and/or crimes.
60 fines were issued for traffic violations and/or by-law contraventions.

33 warrants of arrest, with a rand value of R51 250, were made for outstanding traffic fines and failing to appear in court.

Deputy Mayor Lindile Ntsabo warned motorists against an increase in warrants of arrest being generated for failure to appear in court. As a result, unsuspecting motorists run the risk of being arrested for unpaid traffic fines.

157 units of abalone with an estimated rand value of R72 000 were found abandoned.

In another unrelated incident, two people were arrested for the illegal possession of 248 units of abalone.
One person was arrested for defeating the end of justice.

The Deputy Mayor expressed his deepest gratitude to the law enforcement team for their dedication and professionalism.

“Despite the danger you sometimes face in the course of discharging your duty, you are always the first at a crime scene,” he said. 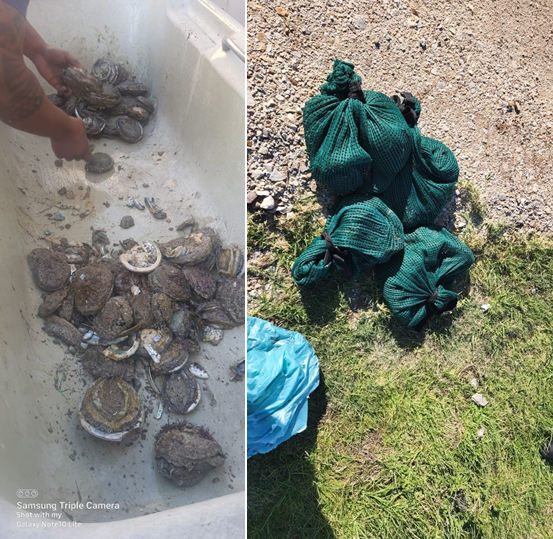