With the summer holiday season about to unfold, the Overstrand Municipality would like to warn residents and holidaymakers to be extra careful and aware of their safety over the period.

Let's also remember that the COVID-19 virus is still going around. Therefore we need to stay vigilant, stay safe but also move forward.

Don’t make it easy for criminals: 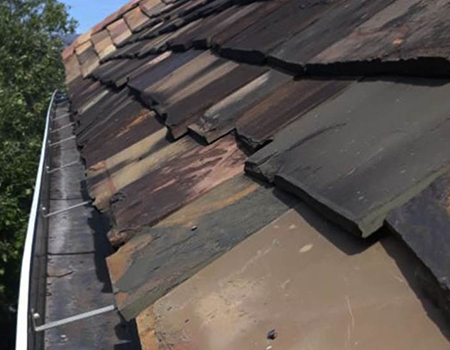 The Overstrand is home to beautiful fynbos-covered mountains and tree-lined paths adjacent to homes and businesses. It makes the district a wonderful nature-based tourism destination. But it also increases the risks of wildfire for those living here.

If you live on a property that is built in or near natural areas, among trees, or among vegetation that can catch fire easily, you live in a wildland interface area. And according to Louise Wessels, Manager of the Greater Overberg Fire Protection Association (goFPA), living here requires property owners to take extra precautions to ensure they are wildfire ready.

“Many people simply don’t realise the dangers of living in an interface area when it comes to wildfires. Because of the location, there’s usually considerable fuel available to feed a fire. That makes it much harder to extinguish such a fire.” 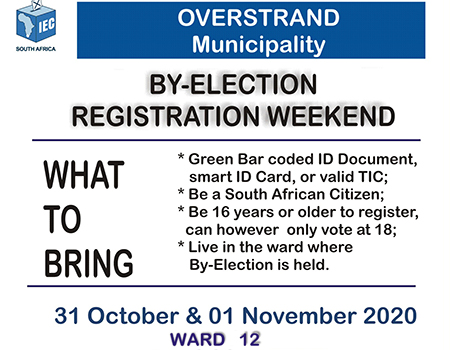 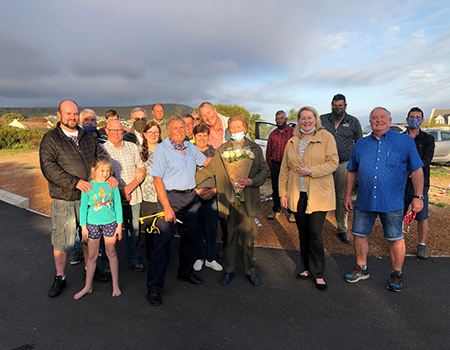 The last remaining two gravel roads - Galjoen and Perlemoen Streets - in Sandbaai have been tarred. It took half a century to ensure that all the roads in Sandbaai are tarred. Lenie van Wyk, whose late husband Gideon was an Overstrand Mayor many years ago, was invited to cut the ribbon.

She was also a committee member for Sandbaai up to 2016, and put much effort in to raising funding to tar all the streets in this neigbourhood.

There to celebrate the occasion were Ward 7 Committee members and family and friends as well as the responsible municipal officials.

Ward 7 Councillor, David Botha, said that the Tekkies Poel parking area at the very southern end of Main Road will be completed by the end of the year. 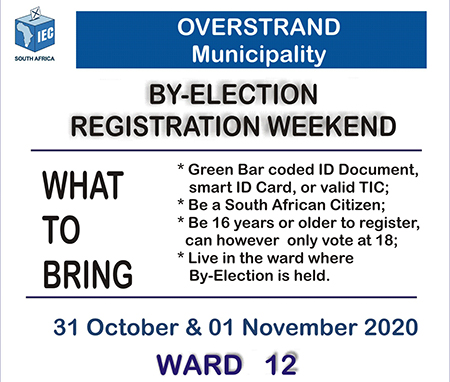