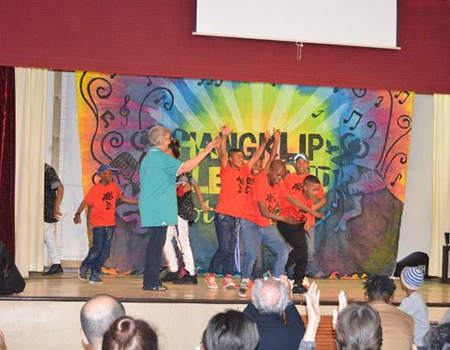 Shouts of joy and celebration filled the NG Kerk Hall in Kleinmond on Friday, 3 November when crowd favourite, Die Wolwe were announced as the winning act of the 2017 Hangklip-Kleinmond Got Talent Competition.

However, claiming the judges’ favour was not just plain sailing.  Especially with acts like the sensational Jordan, Dancing Divas, Overdose, Zuko, Colin and Team, Flowdrop and Colin and The Kingdom Vibration all vying for that coveted top spot.

Made up of a group of local lads, Die Wolwe had the audience spellbound and thoroughly entertained with their spirited dance moves and witty rap jingles.  All of which saw them coming up trumps, and putting dance and rap duo Overdose and Colin and The Kingdom Vibration in second and third place respectively.

Additional entertainment was provided by guest artists MP, Ray, Top Deck, Sisterhood, and Fairytales. Putting in a special appearance was the popular Kleinmond Acapella group made up of the lovely Ziyandi, Zizi, and TFT.

Members of the public and interested parties are hereby informed of the extended commenting period for the Fernkloof Integrated Management Plan dated August 2017.

Written comments (quoting the municipal notice number) to be submitted before or on 30 November 2017 to Liezl deVilliers at This email address is being protected from spambots. You need JavaScript enabled to view it. 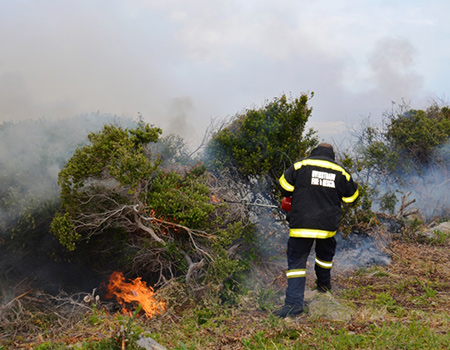 The sight of smoke billowing from the Kleinmond Harbour area on Wednesday, 25 October may have had many thinking a potential disaster was about to unfold.  All fears, however, were soon allayed as it emerged that the Overstrand Fire and Disaster Management, in cooperation with Overstrand Environmental Services, were conducting a controlled fire burn in the coastal block adjacent to John Daniel Street,

The primary objective of the controlled burn is to reduce fire fuel loads and promote biodiversity in the affected zone. Controlled fires are also the most practical way to reduce dangerous accumulation of combustible fuels. Moreover, veld fires that burn in areas where fuels have been reduced by prescribed fires cause less damage and are much easier to control. Recent reports have shown that veld fires are inevitable, and are becoming more intense and frequent. Overstrand Municipality finds itself located within a fire-dependent biome with aggravated weather and topographic features. 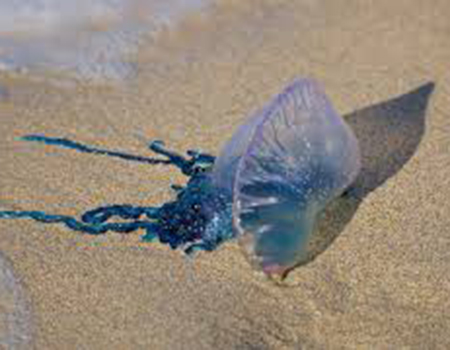 WARNING – Larges swarms of “Portuguese man o' war”/ Blue Bottles have washed up on some of our beaches. These animals can cause severely painful stings even when dead. People walking barefoot and bathers should take caution especially in the Hermanus area.

The Overstrand Municipality is going to implement Level 1 Water Restrictions in the Greater Hermanus Area, effective from 1 November 2017 until further notice.

Restrictions applicable to all consumers