The municipality is looking at the way forward in transforming the cost and ease of doing business in the Overstrand. All residents are encouraged to participate throughout the Overstrand municipal area, including Greater Gansbaai, Stanford, Greater Hermanus and the Hangklip - Kleinmond area.

The results will allow the council to identify possible gaps and contribute toward efficient and successful way of doing business in the Overstrand.

The Overstrand Executive Mayor, Dr Annelie Rabie, supported by Cllr Clinton Lerm as chairperson of the Investment and Infrastructure Portfolio Committee and the ward councillors of Ward 9 and 10 met with the Municipal Manager Dean O’Neill, Director of Infrastructure and Planning Stephen Muller and Senior Manager of Environmental Management Services, Liezl de Villiers, to discuss the current realities of the Baboon Management Program (BMP).

This meeting was called for after the consistent and relentless negative sentiments of a number of individuals and organisations towards the Municipality in this regard since the Mayor took office in November 2021. 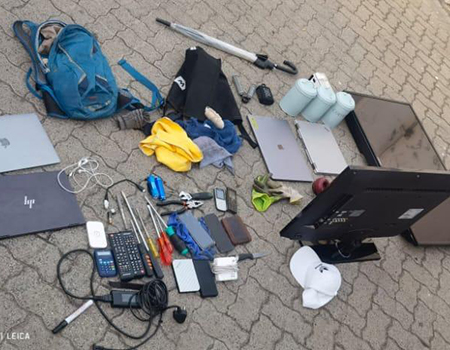 While on a routine patrol on the R43 heading towards Botriver, officials of Overstrand Municipality's Rapid Response Unit and K9 arrested three men on charges of possession of suspected stolen property.

According to Johan du Toit, assistant chief of law enforcement, the officers pulled over and stopped a car during a routine check.

Two of the passengers in the VW Polo tried to jump out, but were caught before they could run off.

Numerous items were found in the vehicle, including a flat-screen TV, PC monitor, four laptops, power banks, a hard drive and other household accessories.

The three men were arrested and transported to the Hermanus police station where a docket was opened against them.

Huge shout out to the Greater Gansbaai community for attending the first First Thursday event in Gansbaai last night!

Your input and ideas on how to better our services is greatly appreciated.

First Thursdays is a great platform for residents to engage in person with the Mayor and her Mayoral Committee Members, as well as the Municipal Manager and his Directors on topics such as mining rights and Environmental Impact Assessments (EIA), illegal building activities, building plans approval delays and account issues.

Mayor Rabie said at the start of this historical meeting, that the residents cannot say anymore that they don’t have access to councillors; or that they are not heard. 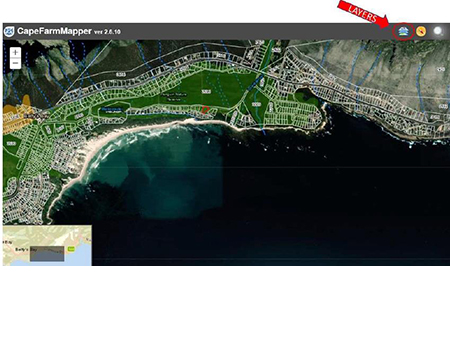 Recently, an application to develop a property in Pringle Bay zoned as Residential 1 caused major upheaval since the erf in question was classified as a “watercourse” based on the National Wetland Map 5 (NWM5).

In the case of this application, the Department of Environmental Affairs & Development Planning (DEA&DP) found that since “the greater extent of Erf ***, Pringle Bay is mapped as a channelled valley-bottom wetland”, the "Department of Water and Sanitation and/or the relevant catchment management agency must be consulted with respect to development within or within close proximity to a watercourse”.

Accordingly, the DEA&DP instructed that an application to develop the property be submitted to the Breede-Gouritz Catchment Management Agency (BGCMA) in accordance with the National Water Act (1998).