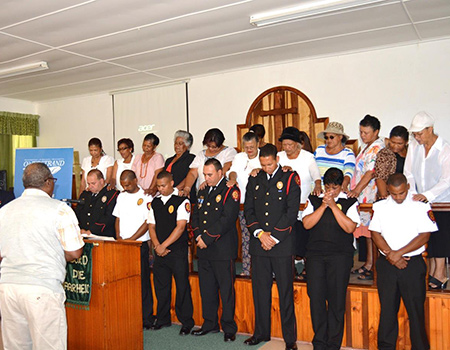 The rising mercury on Sunday, 27 November 2016 was a fitting reminder of the many hazardous elements that Overstrand fire fighters have to contend with on any given day, but more so during the fire season set to commence from 1 December through to the end of February next year.

The support of the community is vitally important in ensuring the successful delivery of this essential service.  To this end, the Overstrand Municipality remains committed to raising awareness on fire prevention and safeguarding the environment and its people.

In a moving ceremony to mark the launch of the fire season, a prayer service led by Dominee Carl Swart of the VGK Kerk in Kleinmond was recently conducted. In his address, Dominee Swart called on the public to assist the fire fighters by being extra vigilant during the season and to desist from any activities that could result in the destruction of lives or property. 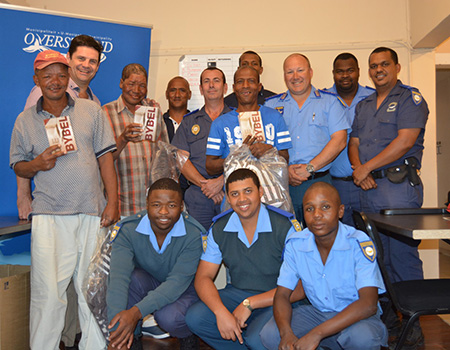 For Willem Jantjies, David Louw and John Petersen Christmas has come early.  Having fallen on hard times in recent years, the offer of a bath, shave and warm meal came as a welcome treat for the forlorn trio.

The initiative, borne from an idea by Regional Inspector Johan du Toit (fondly known as Toitjie by locals) of the Hermanus Special Task unit who spearheaded his team on a collection drive, culminated in a special handover event at their premises in Mount Pleasant on Wednesday, 30 November 2016.

As each of the gents received a new set of clothing, shoes food, blankets and toiletries, the look of joy and gratitude on their weather-beaten faces was enough to touch the hearts of all present.

Dominee Kemp of the NG Kerk Hermanus who led the gathering in prayer stated, “I have to commend the Special Task Unit for their kind gesture and helping to restore the dignity of these people.” 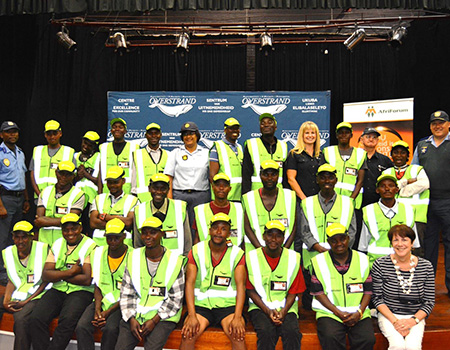 The air was charged with excitement as 30 car guards and 4 car washers gathered in Overstrand’s Auditorium for an official capping ceremony and the issue of uniforms that would set them apart to service the CBD area in Hermanus.

The brand-new lime green bibs and caps, sponsored by AfriForum, will ensure the guards are easily identifiable.  Added to that, they have also been issued with identity cards bearing their names, ID numbers and photos which must be displayed at all times during the execution of their duties.

According to Law Enforcement’s Sr Insp Zingani Tshefu, champion of the programme, training has been afforded in basic first aid, customer service and the ability to assist tourists with any queries that may arise.

Operating times for the car guards will be between 16h00 to 23h00 during the week, 13h00 to 23h00 on Saturdays and all day on Sundays.  The four car washers can be found at the parking lots at Clicks, Gearing’s Point, Market Square, Bientang’s Cave and Mitchell Square (behind Jet Stores) between 08h00 and 17h00 on a daily basis. 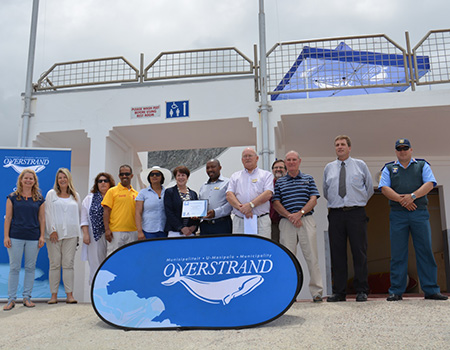 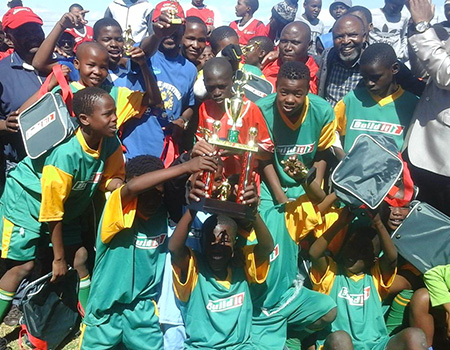