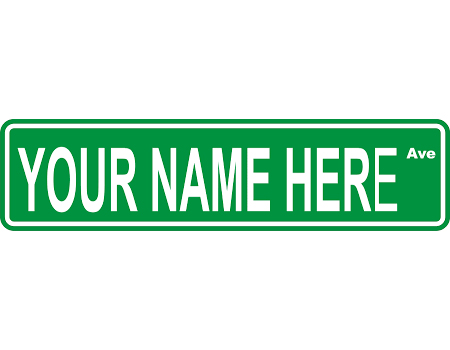 Call for comments on the draft policy relating to STREET NAMING AND NUMBERING and draft NAMING POLICY.

Street naming and numbering usually takes place as part of the subdivision and/or development approval process as a matter of course.

The purpose of this policy is to set minimum standards and clear procedures. 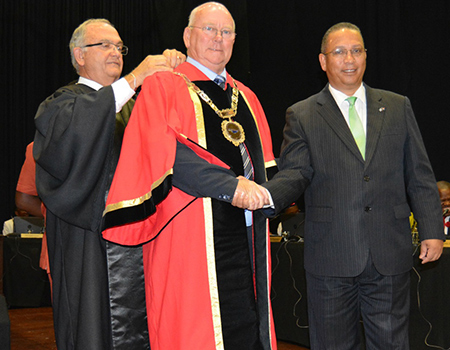 Coetzee pledged his commitment to serving the Overstrand to loud applause and a standing ovation after the inaugural ceremony during the Council meeting.

Addressing members of the Provincial Legislature, dignitaries and members of the public, Mayor Coetzee said his journey into active politics and public office started in 2009 when he was asked by a committee member of the Gansbaai Branch of the DA if he would be prepared to make himself available as a candidate for a PR councillor position that had become vacant in the Overstrand Council.

“I immediately said no.  This person, who is here today, then said that if Christians are not prepared to stand for public office we should not question when our Christian principles and values are no longer observed.  So it was that I made myself available as a candidate in the 2011 Local Government Election and the rest, as they say, is history,” Mayor Coetzee said. 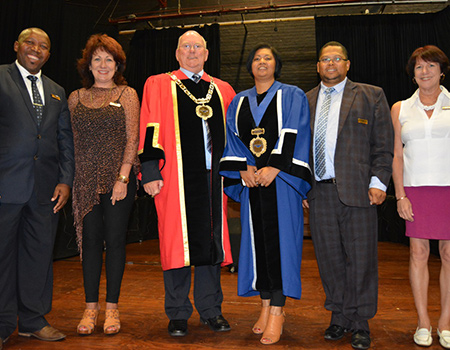 Newly elected Overstrand Executive Mayor Dudley Coetzee announced his Mayoral Committee on Wednesday, 28 February. The announcement was made during his acceptance at the Council meeting that was held in the Hermanus Auditorium.

Councillor Elnora Gillion has been elected as the new Deputy Executive Mayor for Overstrand, and will further retain her position as chairperson of the Economic Development and Tourism portfolio – to which Protection Services has now been added.  The Mayor pointed out that the latter was due to a decision taken to reduce the Mayco by one as part of council’s continued cost-containment drive. 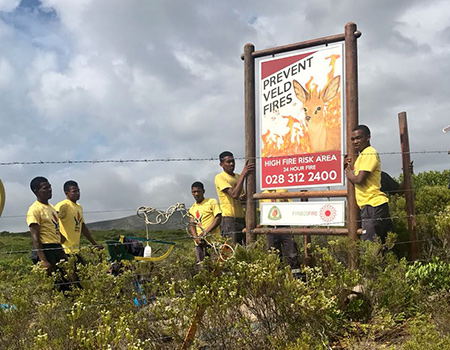 Given that hot, windy and dry weather conditions are to prevail for the foreseeable future, the risk of runaway veld fires is greater than ever this year.

The Overberg is one of the worst affected veld fire areas in the Western Cape where fires are a natural phenomenon during the long, hot summers and the work of the Overstrand Municipality’s Fire Service, in particular, is vital in our fight to conserve the biodiversity of the region.

Two brand new fire awareness signs have been erected at Grootbos Private Nature Reserve just before Gansbaai on the R43 and at the Pringle Bay turn-off.

These signs do not only act as an awareness tool to get the message across that fires can be prevented, but also supply motorists with the Overstrand Fire Brigade number to call if you notice a fire or any sign of an impending fire in the area.

Since December 2017 a large amount of dead or very sick marine bird species have been found along the Overstrand coastline and estuaries.  The majority of the affected seabirds were Swift Terns. In January, however, other tern and seabird species have also tested positive for the highly pathogenic H5N8 strain of avian influenza.

And now, this pathogen has caused the death of a small number of African penguins too. Although this is cause for concern, there is very little we can do to prevent a possible outbreak.  It is a frustrating situation because our natural reaction is to “DO SOMETHING”. Unfortunately, this is one of those times where we will just have to hope that the natural resilience of the tenacious African penguin will weather the storm.