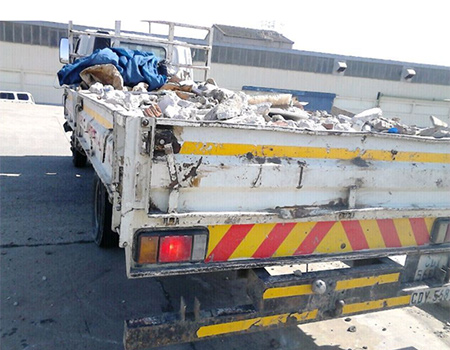 Notice is hereby given that all contractors tasked with removing refuse from private properties with the intention to transport said refuse to a municipal  transfer and/or dumping site will, in future, be required to register with the municipality in accordance with the Department of Environmental Affairs’ latest  provisions in this regard.

Overstrand Municipality has amended its By-law on Solid Waste accordingly and, in accordance with the amended by-law, all contractors involved in transporting refuse within Overstrand's area of jurisdiction will now be required to register as such with the municipality to enable the latter to obtain the requisite data from contractors who render this type of service. 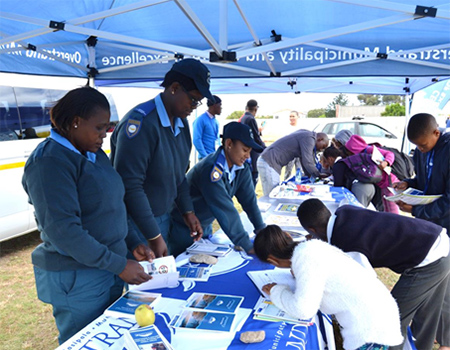 The heavy grey, clouds or threat of rain did little to dampen the spirit of attendees at the Youth Against Crime Day 2016 that was held at the Kleinmond Sports Ground on Friday, 28 October 2016.

The event, which was presented by Overstrand Municipality and its partners, offered a host of activities that included a demonstration by the Working on Fire team, a karate showcase, wheelchair basketball, netball and rugby matches, as well as career guidance offered by ABSA, Nedbank and Standard banks and Overstrand’s Law Enforcement and Local Economic Development departments.

In the wheelchair basketball game Overstrand Wheelchair Association (OWA) triumphed against a Law Enforcement team, whilst the rugby match saw SAPS clinching a victory over the Kleinmond 7’s.  Much to the crowd’s delight the Kleinmond Invitational squad were the clear winners over Protection Services in the highly spirited netball contest. 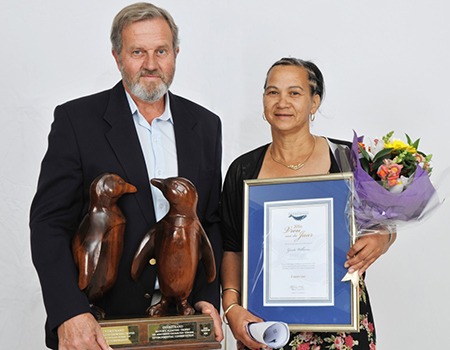 The event, held in the Overstrand Auditorium, recognises the outstanding work of individuals who have done outstanding service by awarding the Mayoral Trophy for Environmental Conservation, the Woman/Women of the Year Award and the Awards for Achievers of Excellence.

The following individuals were awarded certificates as  Achievers of Excellence in their respective fields:

LES ABBOTT (for his commitment and exceptional work involving the ‘Hermanus Night Shelter’),

LORRAINE AND PAT DIEDERICKS (for years of dedication to the building and management of ‘Wortelgat’, a magnificent and well-known faith based camping facility), 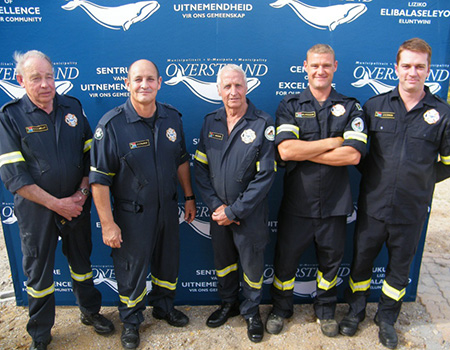 For the community volunteer fire-fighters of Pringle Bay and the surrounding villages 29 September 2016 was indeed a red letter day: they could at last move into, and start operating from their long-awaited new fire station.

In the words of Fire & Rescue Chief Lester Smith, the new facility was a’ ‘dream come true’ for the volunteer fire fighters of Pringle Bay and surrounds.

The inauguration of the facility was the culmination of years of planning and dreaming. The fire station will now be able to serve as a regional emergency centre and currently has eight volunteers and one truck to assist with fires in Betty’s Bay, Pringle Bay and Rooiels.

Clayton Francis, who spearheads the Pringle Bay Volunteer Fire Fighters, said it had been a community effort over many years, of which the last few were in conjunction with the ward committee of ward 10. 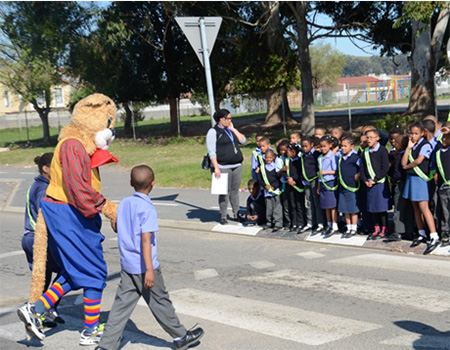 Overstrand’s Mayor Rudoloph Smith is making an appeal to motorists travelling to the upcoming HERMANUS WHALE FESTIVAL to drive with utmost care and a sense of responsibility. “We expect all road users to play their part by practising good road safety habits at all times. Please be alert, be considerate, and be especially careful around vulnerable road users – children, older people, cyclists and motorcyclists”, he said.

Traffic law enforcement authorities from the Province, Overstrand, Cape Agulhas and Theewaterskloof as well as officials from the Department of Transport and Public Works (DTPW) will be conducting co-ordinated operations on various routes around Hermanus and the Overberg  during the festival weekend, with support from the police.

Traffic officers will be focusing on speeding, driving under the influence, distracted driving (using cell phones while driving), seatbelt compliance, and driver and vehicle fitness.